Leading the industry with a unique anti-inflammation approach to scarring 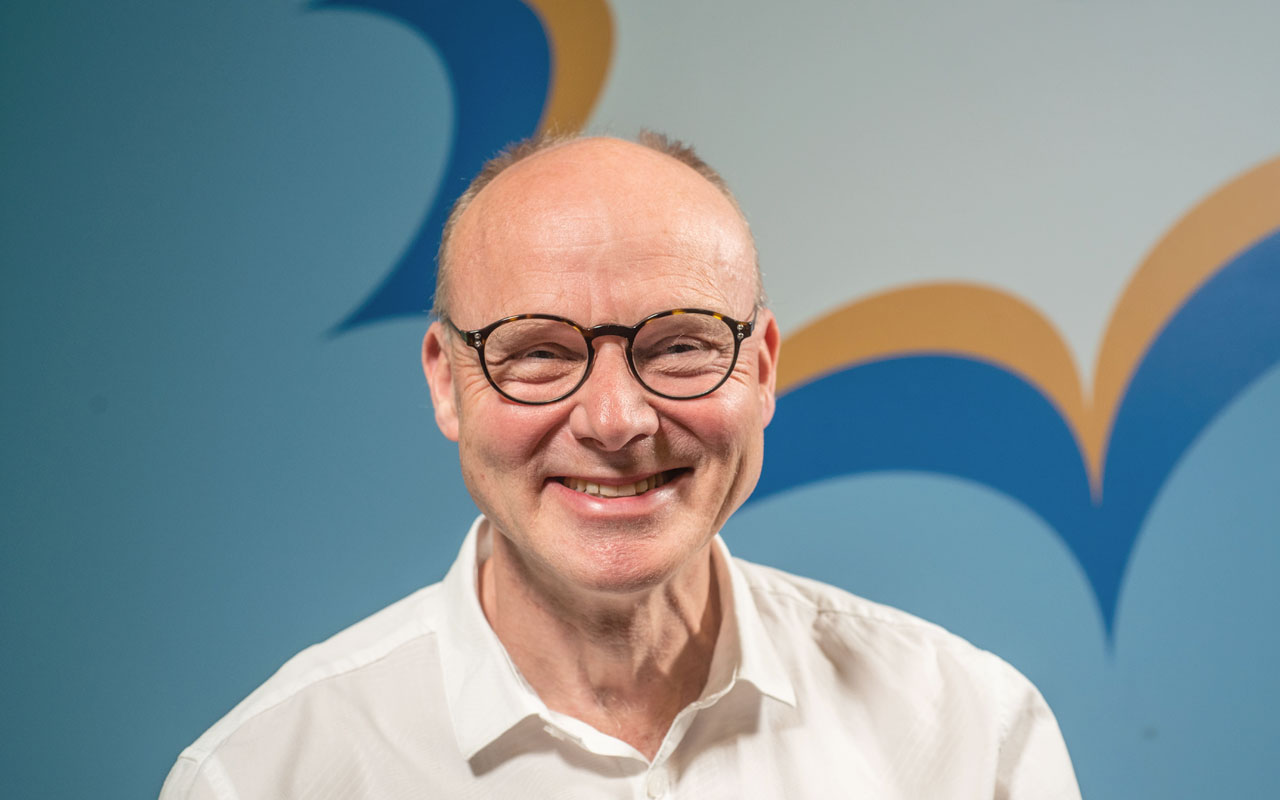 In this Q&A Dr Davies reflects on his career to-date, including his background in surgery and the pharmaceutical and biotech industry, as well as the exciting challenge Carocell Bio is addressing with its anti-inflammation approach to scarring.

Can you tell me a bit about your career, including your pivotal move from surgery to pharma?
As a student, I was motivated by the goal of helping others, and at first saw medicine as the best way to achieve this. After finishing med school at the University of Edinburgh, I then went to work at the Royal Infirmary in Edinburgh. From there I worked my way up to surgery and progressed to the role of paediatric cardiac surgeon, practising at Great Ormond Street Hospital. The first real encounter with pharma was rather fortuitous. I had the opportunity of presenting my thesis at the American College of Cardiology congress in Orlando, and was approached by Pfizer after my presentation. Learning more about pharma, I was captivated by a world that I was eager to explore because of the impact it can have on so many lives. I began thinking that pharma could help people both within and outside of clinical settings, and therefore had an even larger target population. So when I was offered a role at Pfizer, I dived into this fantastic career opportunity and new adventure.

I learnt so much at Pfizer and still describe it as the best job I’ve ever had. I worked in early clinical research as well as late phase development. I also worked with legal and patents, and this is where my first patent was published.

How did your career progress from there on?
The next phase was moving into biotech. I was approached by Mark Ferguson to work for Renovo, a company he was setting up in Manchester. This too was to develop a treatment for the prevention of scars. Unfortunately, the treatment showed poor results in the clinic. I gained so much experience at Renovo; it was an especially interesting time. I was developing something innovative to benefit patients on a large scale, and I gained great experience in senior leadership positions. I got to set up the clinical pharmacology unit, and we did the trials to observe the effect of that drug in the patients. Afterwards, I went to AstraZeneca to be its Medical Director of Clinical Pharmacology at Alderley Park. That’s where I learnt about peptides, which are now the core technology of Carocell Bio. From AZ, I moved onto a variety of roles, including VP of Global Clinical Medicine at Shire, leading its UK side, VP of the Global Strategic Drug Development Unit at Quintiles, before moving to Blueberry Therapeutics in Manchester.

Would you say that your time in biotech and pharma has been fundamental to the founding of Carocell Bio?
Yes, absolutely. At Blueberry Therapeutics, I got really involved in the development of peptides. There, our hard work paid off with an Innovate UK grant for a multidrug resistance treatment. The company had compelling data, and decided to go in a different direction, towards anti-fungal infections – presenting new and different opportunities. By that time, the thought of setting up a company myself had become much clearer in my mind. I just wanted to be the one setting the pace and objectives, which included using nanoparticle delivery of novel peptides in the compound library of Blueberry, to prevent scarring, and the potential of treating other anti-inflammatory diseases. This is still a significant area of unmet need without effective treatments, even today. So I licensed the anti-inflammatory peptides from Blueberry, appreciating their great potential for nanoparticle delivery into cells, and founded Carocell Bio.

Can you tell me more about your company?
Carocell Bio is an anti-inflammation company. There are several chronic and devastating human inflammation-related diseases and conditions, including: Atopic Dermatitis, Rheumatoid Arthritis, Osteoarthritis and others. Scarring is a major issue for many people and is closely related to inflammation. The main causes of scarring are burns, trauma and surgical operations. Currently, nothing prevents the formation of a scar. With Carocell Bio’s proprietary peptides, we have decided to first focus on preventing or reducing scarring after surgical operations. We chose scar prevention due to my extensive experience in this area, where inflammation can be targeted topically. We see scar prevention, where there is significant unmet medical need, as an area where we can have the greatest impact.

We know that our peptides, when delivered using nanoparticles into the dermis, inhibit the Mitogen-Activated Protein (MAP) Kinase (MAPK) inflammation cascade early on, as they bond allosterically to the p38 alpha MAP kinase. This not only inhibits the inflammation pathway but also can prevent its activation. This approach, including a topical versus systemic delivery route, could provide a safer and more effective form of treatment to prevent and reduce scarring – as the scientific evidence is clear that inflammation is a key driver of scar formation. Once we have success with our anti-scarring treatment, we can then re-invest to develop other therapies using our novel peptide platform technology.

If scarring is such an issue, then why are there currently no effective therapies on the market?
Unfortunately, scarring is too often ignored. In a simple conversation with anyone about inflammation, people generally focus on diseases, rather than outcomes such as scarring. From a more scientific point of view, several papers have been written on the subject, with an overall tendency to divide the problem into two areas: one considering the small molecules and their effects, and the other viewing the whole, systemic picture. It’s true that some trials have been conducted in this area, but a number have unfortunately demonstrated limited success, often due to the toxicity of the small molecules used. We are confident that we would not have the same toxicity problems as our unique peptides, which are made of naturally occurring amino acids, would be eventually broken down into its natural constituent parts by the body.

As a surgeon, I have always found scarring interesting, and then saw a gap in the market and decided to fill it. I’ve often thought that innovation doesn’t have to mean looking for complicated solutions, but instead searching for things lying right in front of us. I think that we have found a fantastic solution to this long-recognised problem, and my team and I are now working towards convincing others of this to help raise the necessary capital to make this therapy a reality.

What do you think is Carocell Bio’s biggest strength, and why?
The answer to this is simple – our proprietary technology. Generally, when inhibiting mitogen-activated protein kinase (MAPK, p38 alpha), developers take a small molecule approach. This can mean that patients need to take tablets that can have negative side effects. On top of that, these small molecules tend to bind at a specific site (the ATP site), which will lead to “cross-talk” and will not prevent the activation of inflammation, leading to a partly ineffective treatment. By contrast, Carocell Bio’s peptides bind to their target at another site, much nearer to the phosphorylation site of the kinase, and therefore manage to block inflammation more effectively. We know that this type of treatment can lead to a reduction in the accumulation of collagen and as a result, could reduce the formation of a scar. This has been proved difficult to achieve so far using a small molecule approach.

We already have several noteworthy results. For instance, our data indicates a 150-fold selectivity for p38-alpha over p38-beta – indicating the potential to effectively inhibit inflammation where the peptide is applied. We have demonstrated good efficacy of at least three of our peptides in a cellular model. We have been successful in getting grants from Innovate UK to look at the effects of the peptides in burns, and received seed investment from Deepbridge Capital.

We were also recently given ethical approval to test our lead candidate in an ex vivo tissue model. Here, we will take samples from people who have suffered from burns and send them to our collaborators in Glasgow, who will test the effects of our lead peptide formulation at switching off some of the inflammatory markers. We have now had our site initiation visit and should shortly start the collection of tissue samples from patients. In addition, we are working with Professor Yvonne Perrie at the University of Strathclyde to develop our topical formulation, as well as other leading biotech nanoparticle innovators. So I think that we have a good starting point, and remain focused on moving our pre-clinical programme ahead as soon as possible and hopefully move to starting to test our therapy in the clinic.

What is the potential impact of Carocell Bio and its technology, in the industry and on patients?
I think that our technological developments are exciting – we appear to be succeeding where our predecessors have not previously demonstrated significant success. Our patented peptide-based platform technology has significant potential to positively impact people’s lives by reducing or eliminating scars, and could help reduce much of the pain during the healing process. We also hope that the treatment could help reduce the significant psychological impact reported for patients with scarring and burns, which is immense.

It’s also important to bear in mind the substantial financial potential of our target market, with USD $37 billion having been spent on treating existing scars in 2019 alone. By being able to eliminate or reduce scarring soon after an operation or burn, we are confident that our we will not only increase quality of life for millions of patients, but also deliver a fantastic return on investment. For example, in 2019 there were over 230 million surgical operations carried out globally. We believe that surgeons will want to use a scar reduction and elimination treatment for most operations that they carry out – and so will their patients. What would you prefer to have if you had a surgical operation – a noticeable scar, a very small scar, or almost no scarring? That is why we are focused on the goal of having a treatment which will leave very little to no scarring in most patients.

Ultimately, we are trying to bring about change for the better in terms of how scars are treated. It is inspiring to think about the positive impact that this innovation could bring to patients and their families – not only in physical terms, but also in terms of promoting a more positive psychological impact.

PrevPrevious
NextNext
BACK TO NEWS 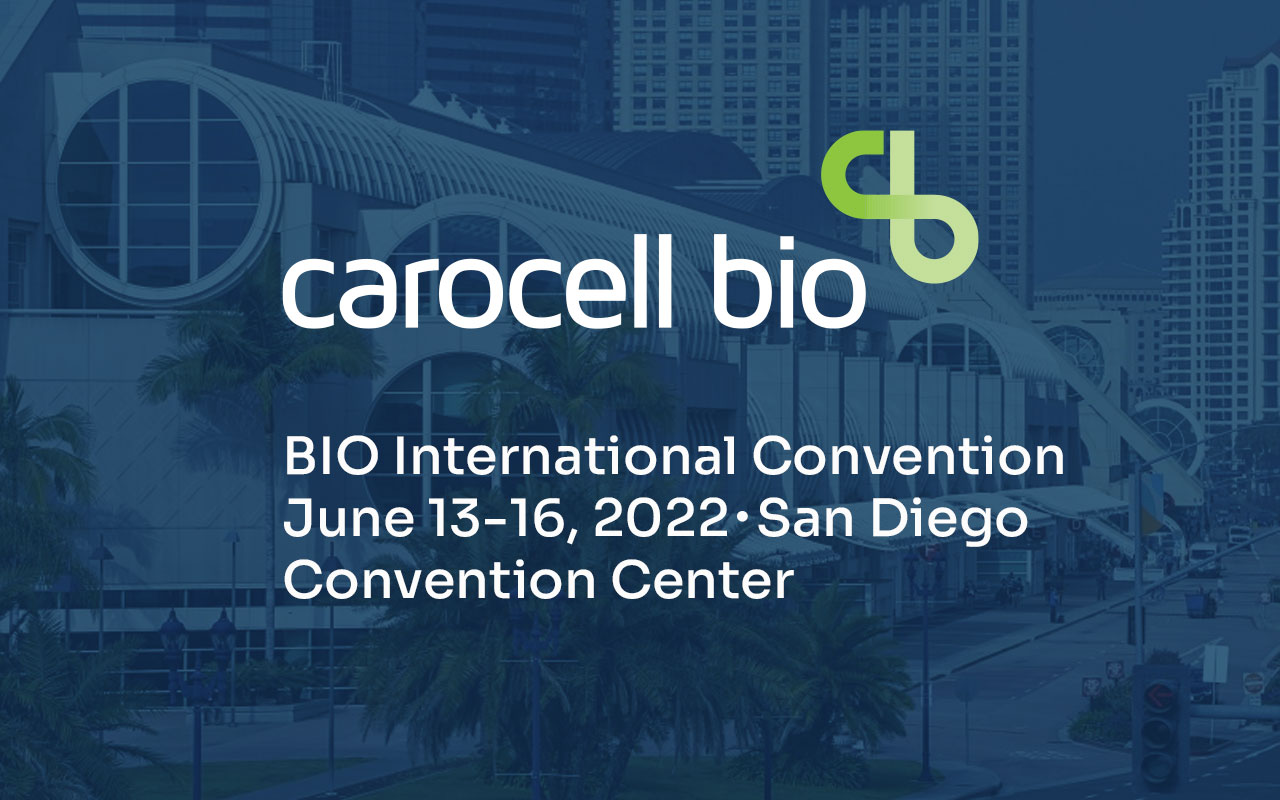 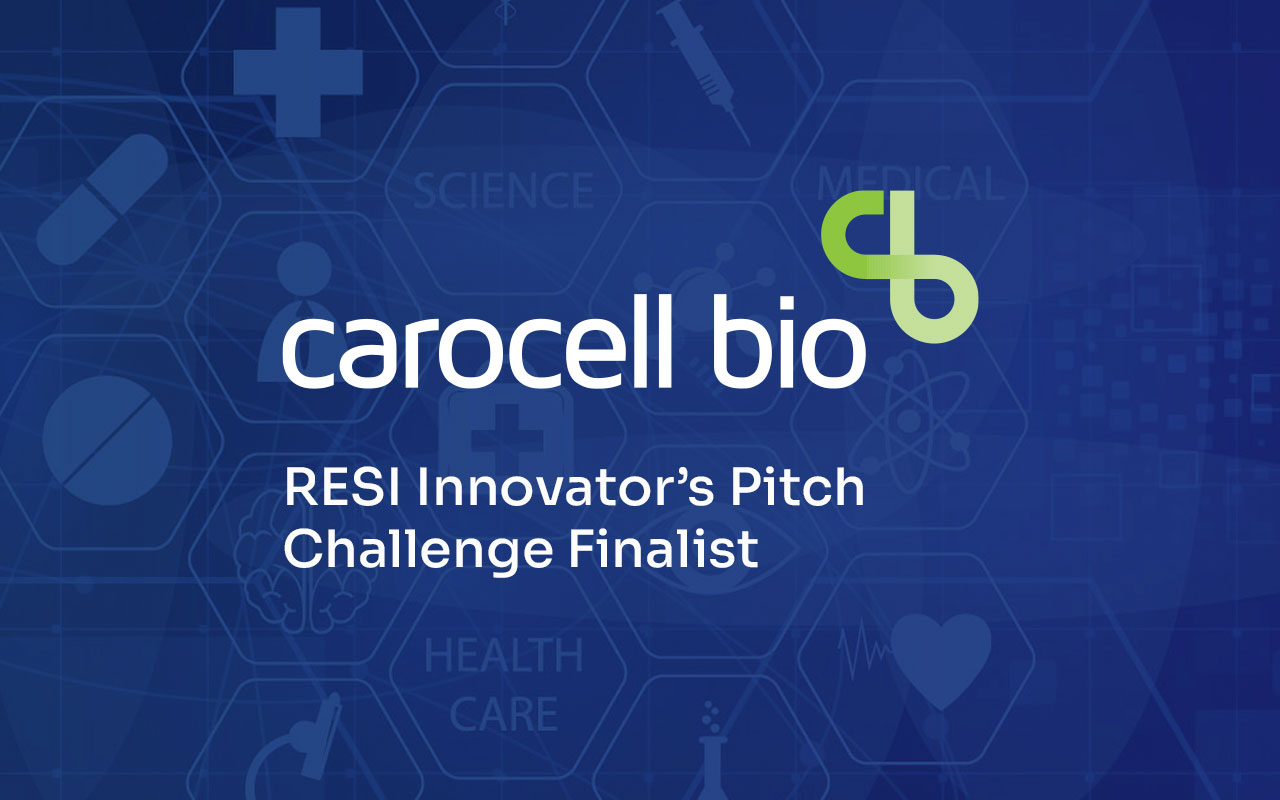 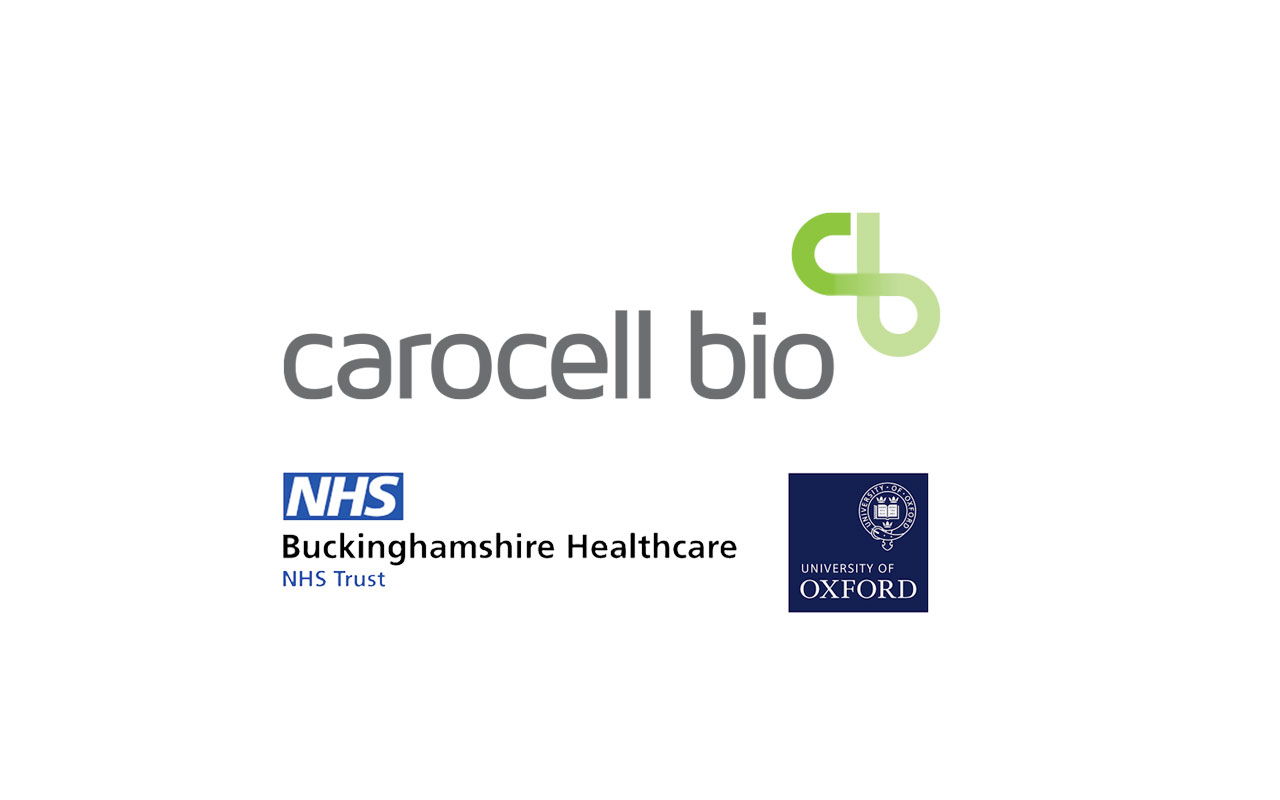